Kinga Nyíri held a presentation at the Hungarian Workshop of Genetics, at Szeged on 12th of September 2014. The title of her talk was: "Structural biology of molecular piracy: Study of the bioregulation of a Staphylococcus aureus pathogenicity island". 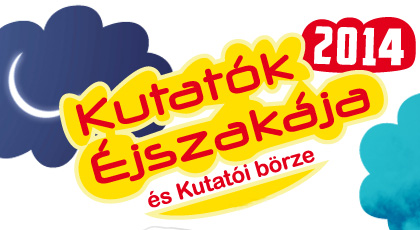 This year for the second time the Biostruct Laboratory joins the Researchers’ Night (Kutatók Éjszakája), which is one of the most significant events in the country, where society meets science.

On 26th of September 2014 higher education and research institutions open their doors to bring various areas of science closer to the interested with showing current projects and techniques.

In our lab visitors can build edible crystal lattices, meet symmetry with specific coloring booklets, try out micropipetting, experience our work with fishing out protein crystals and see how a modern X-ray Diffractometer works.

Gergely N. Nagy has been awarded with a 2nd. prize in the category of Best young lecturer at the Annual meeting of the Hungarian Biochemical Society, Debrecen, 2014.

In this week two members of our group (Ibolya Leveles and Kinga Nyíri) are visiting Helmholtz-Zentrum Berlin for measuring X-ray diffraction data of crystals from various projects, using sincrotron radiation of BESSY II. Hopefully they will come home with many valuable datasets recorded during the eight-hours shift. 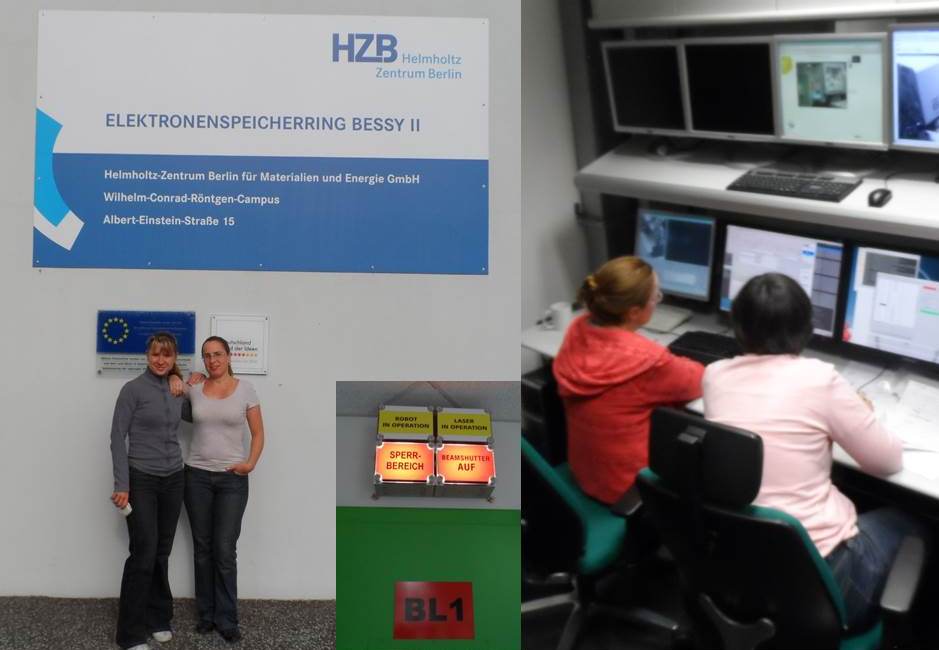 Our paper entitled "Preventive DNA repair by sanitizing the cellular nucleotide triphosphate pool" has been published in FEBS Journal.

The molecular mechanism of substrate coordination and catalysis of enzymes removing unwanted nucleotides from the dNTP pool constitutes the long-standing interest of our research group. The review provides a comparative summary of structural and mechanistic novelties of housekeeping dNTP pyrophosphatase enzymes. dNTP PPase enzymes are organized into two main groups, depending on their catalytic mechanisms, featured by the nucleophilic attack centered on the α-phosphate or β-phosphate of the cognate nucleotide substrate. Revisiting the available biochemical and structural data enabled us to reveal characteristic differences between these two groups of enzymes has been highlighted that include coordination of the γ-phosphate of the substrate,the divalent metal cation, and the catalytic water nucleophile. 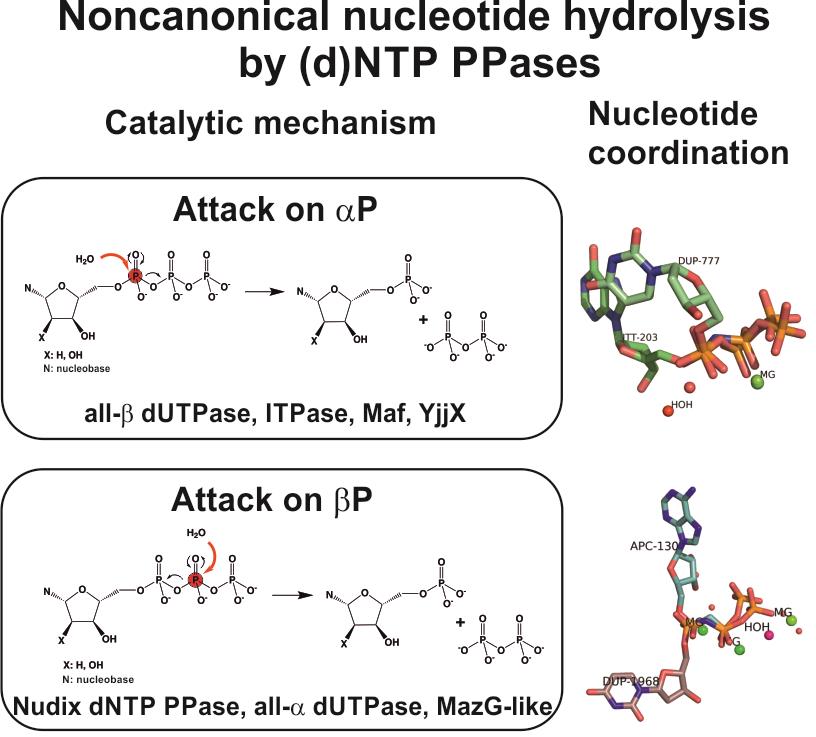 News articles on the Metagenomic Telescope

Our paper “The Metagenomic Telescope” received widespread online coverage among Hungarian news sites. Below is a selection of the news articles concerning the Telescope.

On the move: lab members ran a maraton! The "Futprinting" team successfully participated at the 21st K&H maraton event. 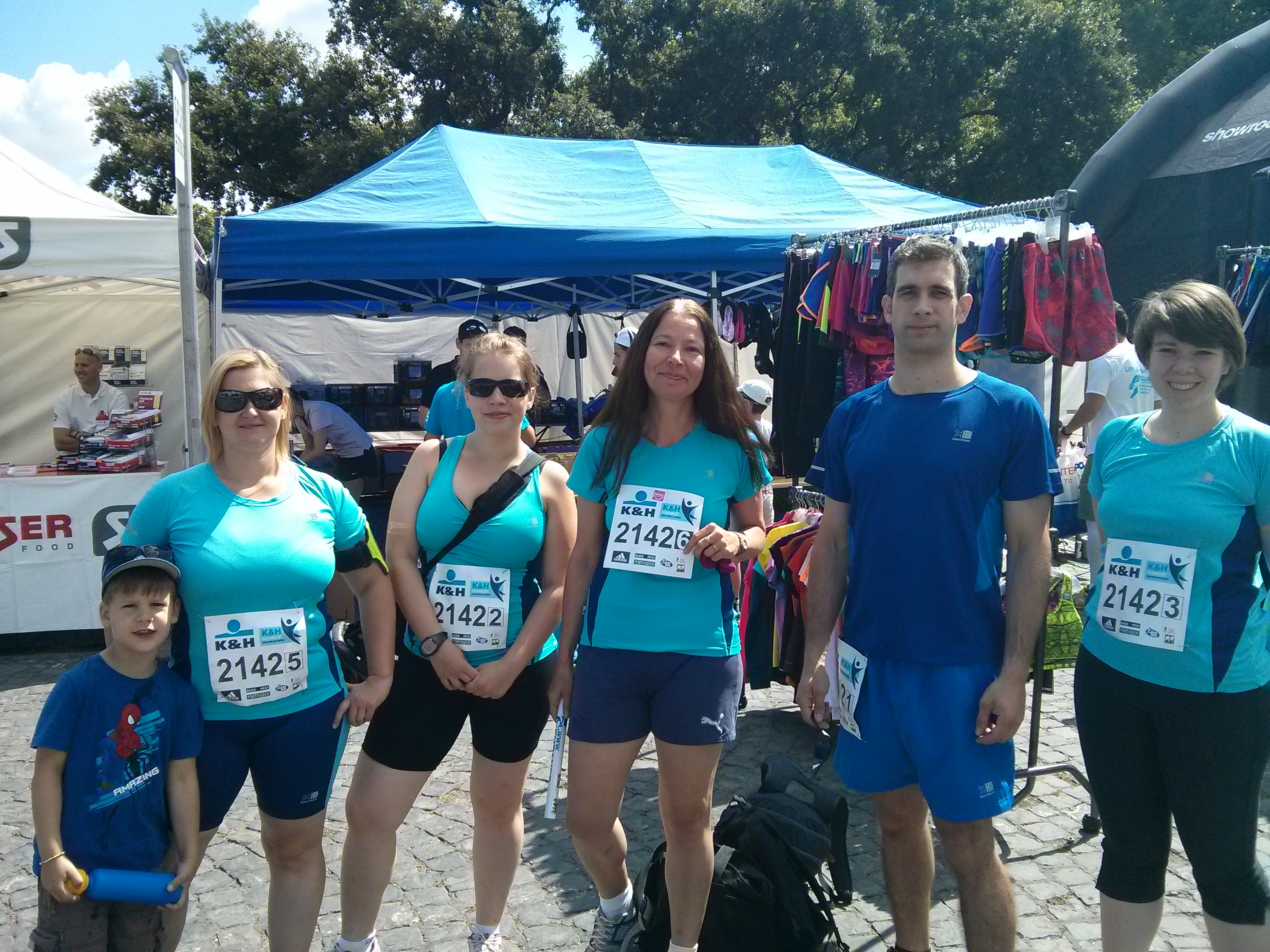